Hagnet is an adventure-based 2D platformer where players play as a hamster inside of a magnetic ball to escape from a Mad Raccoon Scientist who experiments on hamsters to create a hamster army. The player has to utilize magnetic devices that are scattered around the map of scientist’s lab to overcome the challenges and obstacles from each level. Our team tried to stimulate a feeling of delight and mysterious ambiance throughout the game to create a cohesive environment of ‘A cute hamster inside of the not-that-dangerous world,’ in order to approach friendly impression towards players. 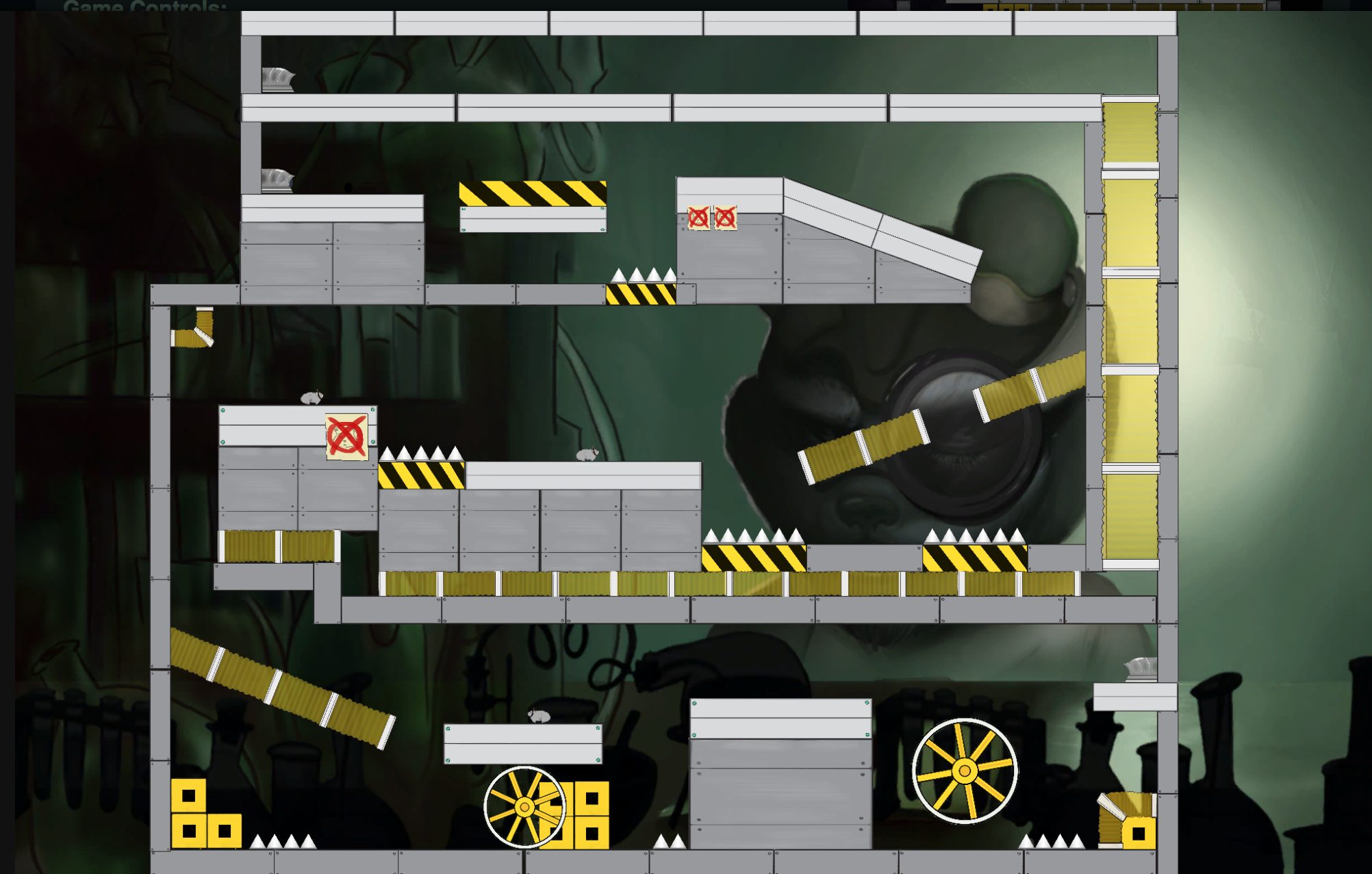 While we were brainstorming, we were highly inspired by Magnet by Nature’s mechanic of pulling and pushing forces of a magnetic device to develop different kinds of jumps and movements. We thought using this mechanic would open the possibilities of various environment designs. Due to a solid idea of the magnet, it was hard for us to design a character, however, we came up with the cute and silly character, hamster, to give a delightful joy to the player. 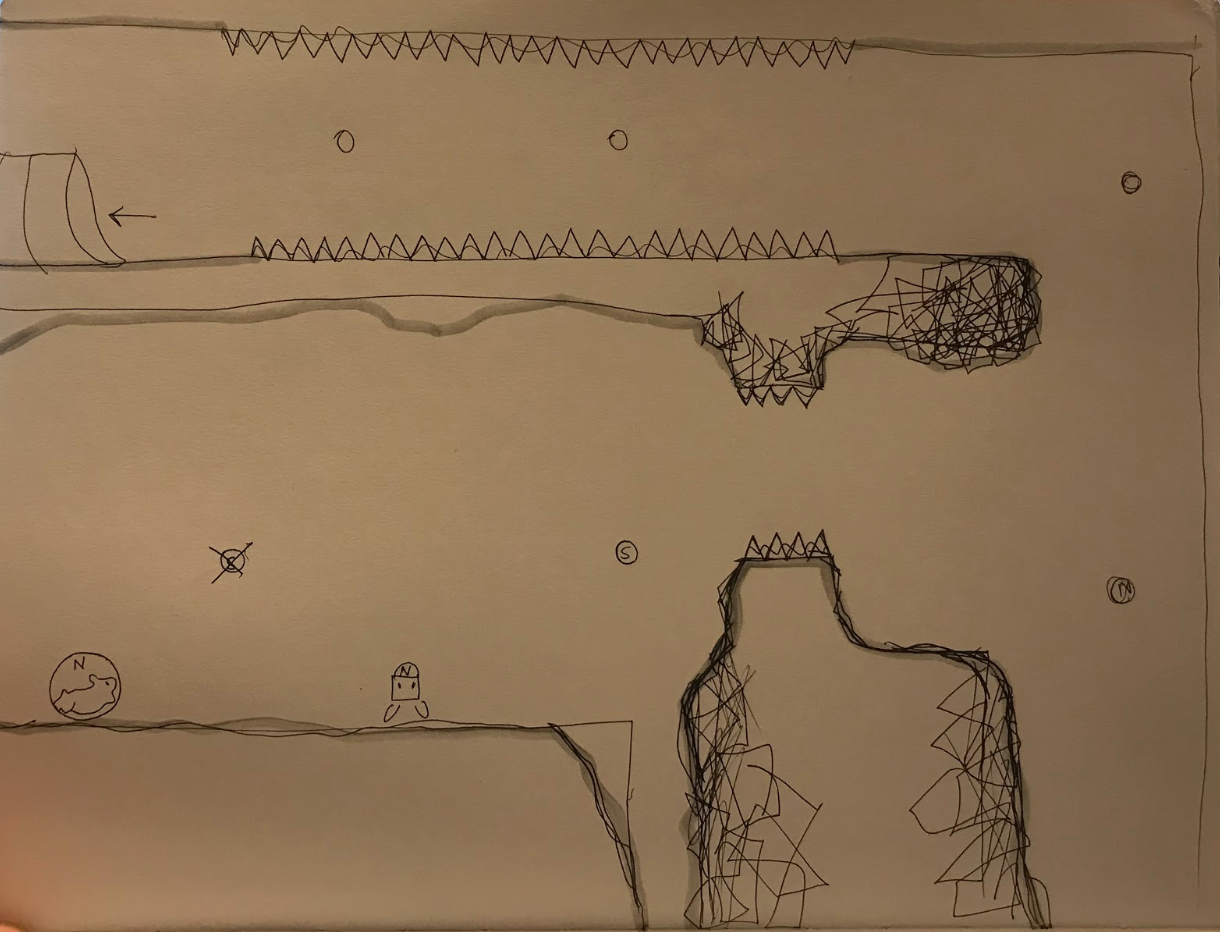 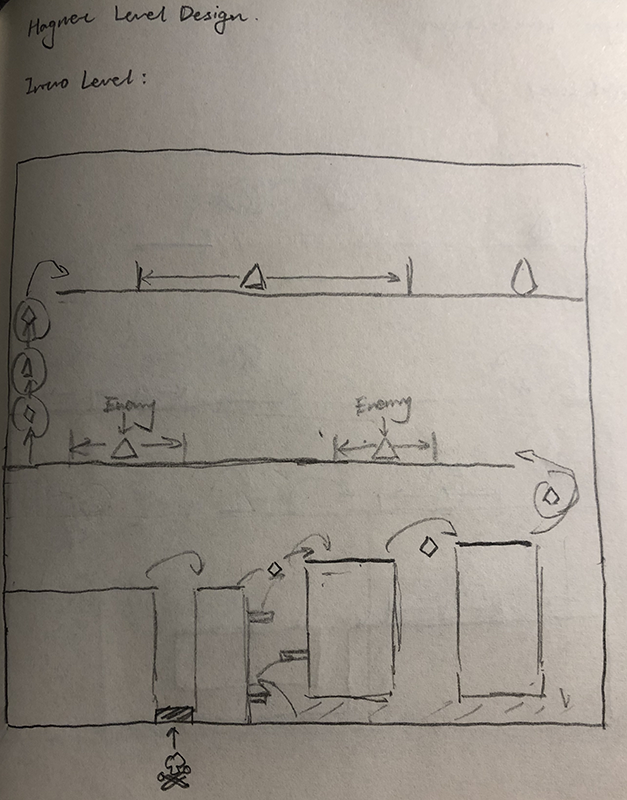 In terms of team composition, You Jin was mainly in charge of coding and animation and David was in charge of level design and assisted You Jin on minor coding tasks. Both of us designed the environment of each level by making background images and sprites for the platforms. Our team communicated through face to face meetings and online to exchange ideas and feedback for the game throughout the entire making process.

Communication:
We were able to exchange our thoughts and assigned work to each other efficiently. We think effective communication is very important for a group assignment and it helped us to save so much time to understand each other and act according to our ideas.

Magnetic Fields:
We spent most of our time working on the main mechanic of our game in order to find the right spot for it to achieve our design goal. In the end, we were able to make it an interesting addition to a platformer game where players could use the magnets and magnetic field as a helpful tool throughout the play time.

Animation:
The animations that You Jin did for the characters were excellent in my opinion, the 17-frame per second makes the character's movement looks smooth and fluent, and the movements of the hamsters are cute and pleasant that matches to the mood of the game.

Art and Sprites:
We used the background and platform arts to match the background story of the game. We also used them to combine the concept of a mad experimental lab and a hamster house.

What Went Wrong (You Jin):

Time Management:
We could not able to add the intro and ending stories of the game to create cohesive environment storytelling. Our team was too ambitious on character animations setting sprites that did not encounter the upcoming deadlines. On top of that, we spent several days to come up with the concepts, which delayed the initial processing of building the game on Unity. Without the intro narration, playtesters were confused with stories that we tried to convey, therefore it became an ordinary 2D platformer people could find it on the internet - nothing was special or standing out. From this experience, we realized creating the time schedule and adjusting the workload is a crucial part of developing any projects.

Player Controller:
Overall, the movement of the player feels too slow, even though our game is a slow-paced and scheme-based game, the slowness of the player does not match to the nature of the material of the magnetic ball. Also, when the player jumps while the character is running, it creates a weird lagging. The momentum drops and jump arcs become smaller than what it should have to be. This confuses the players to control when to jump or when to stop. Other than jumping, the gravity of the player felt too low that the character felt too floaty. Again, this ignores the nature of the material. We would definitely increase the gravitational force as well as accelerational speed. This will convey a feeling of heaviness of metal ball.

Adjusting the Level of Difficulties:
Level and environment designs were the most challenging consideration to balance so that players can adapt the graduate learning curves. However, playtesters who are unfamiliar with the controls had trouble to even play the game on the first level. Unless the player goes up the next floor, players prevented from the death, which creates a repetitious situation of failing, as well as mundane experiences to the players. Other playtesters also commented that they would like to receive more lives because the game is too difficult.

What We've Learned (You Jin):

From this project, we learned how to build the 2D platform games with general techniques, as well as how to build a cohesive platform and level designs according to the concept of the game. To have to a right feeling for the control as well as appropriate platform positionings, we realized that it takes numerous iterations to change small scales such as player's speed, the height of the platforms, the strength of the magnetic field, range of enemy's patrolling distances and so on. We also learned that gradual learning curves are extremely important for the players to complete levels without boring instructions. Especially for our game, it would make sense to have short levels that teach how to utilize the magnetic pulls to create various movements, instead of instructions. If we are recreating this game, the number of levels are going to expand at least 10, just to teach different movements.
If we managed our time better, we would do more playtesting because their comments and critiques help to improve the game. Other than that our bad time management also taught us the importance of planning and the management that would help to keep track of the progress.